Film and graphics – A collection of 15 posters by Cuban artists, 2009

Accessibility is undeniably one of printmaking’s most important features. From its production to its reception, this art form offers an enormous potential to provoke cultural and socio-political debate. Aligned with the interest of nurturing social discourses, with the activities of the Reinbeckhallen’s onsite printing workshop Werkstatt Neue Drucke and in dialogue with the exhibition program, a collection of 15 posters from a film and graphics portfolio, edited by the Taller Experimental de Grafica de la Habana, was purchased by the Stiftung Reinbeckhallen in 2018.

This acquisition was the result of the first closer cooperation of the Stiftung Reinbeckhallen with the Werkstatt Neue Drucke – coordinated since 2017 by Ulrike Koloska at the Reinbeckhallen – in the context of Otro amanecer en el trópico, an exhibition which presented a reflection on the contemporary artistic practices in and around Cuba.

In preparation for the exhibition, a research trip to Havana led by the curator Tereza de Arruda provided an overview of the artistic and cultural scene on the capital of the island, based on the one hand on the state institutions and on the other on the non-institutionalized art initiatives and the artists themselves. 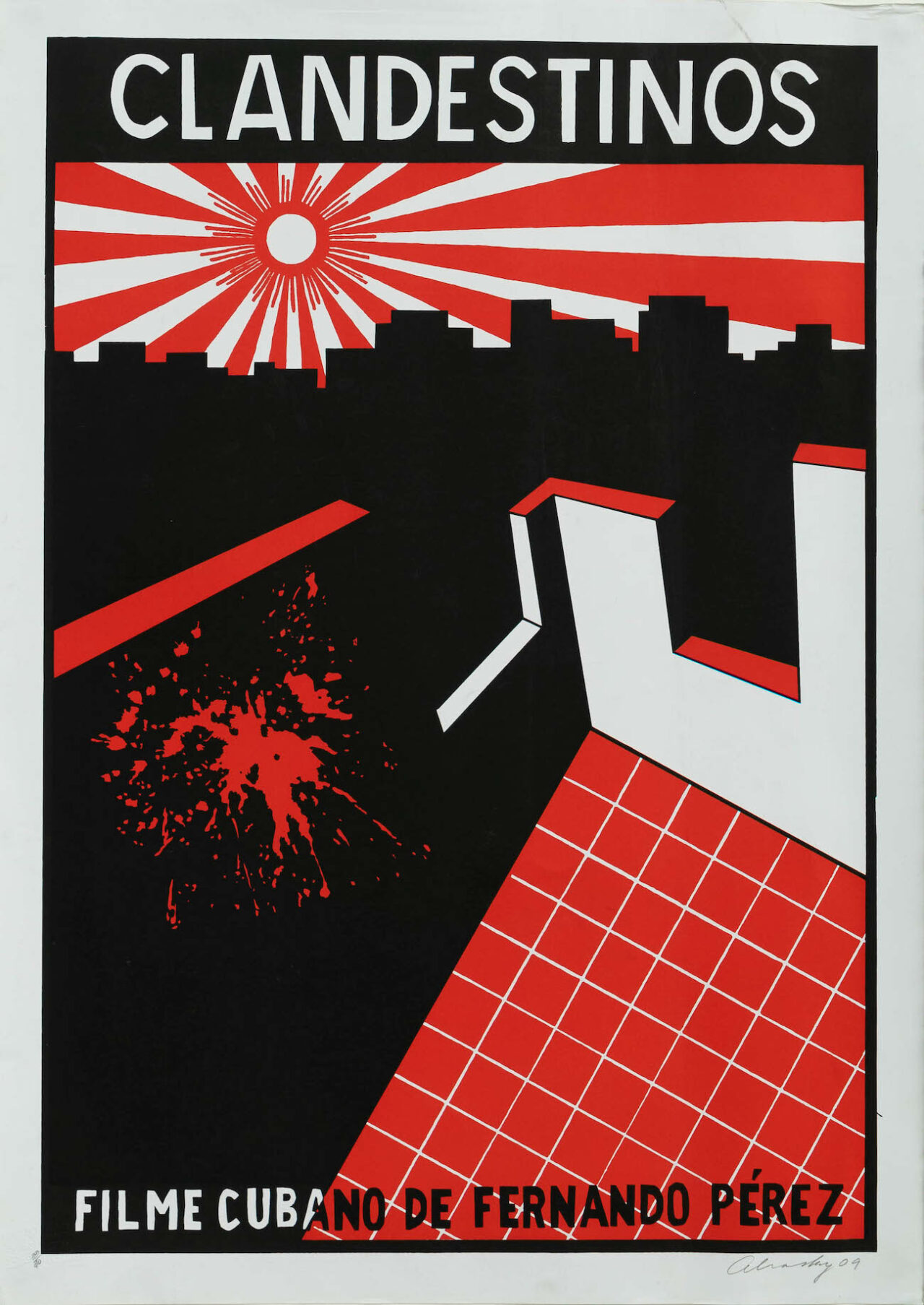 Established in July 1962, the Taller Experimental de Gráfica de La Habana (Experimental Graphic Workshop of Havana) is one of these institutions, started as part of a larger governmental strategy implemented shortly after the Cuban Revolution with the objective of democratizing Cuban art. Shortly before the Taller Experimental de Gráfica was created, the Instituto Cubano del Arte e Industria Cinematográficos (ICAIC) for film, Casa de las Américas for music and the Ballet Nacional de Cuba had also been established.

Popularly referred to as the Taller de la Plaza (the square workshop, referring to its location on the Cathedral Square, one of the main squares in Old Havana), the printing workshop was created to develop an artistic approach to printmaking techniques that were already widely established in Cuba and that were, until the first half on the 20th Century, used predominantly in figurative representation, epic themes and on the labels designs of some of the main export products of Cuba: tobacco and cigarettes.

In the years after the Revolution, printmaking, which was introduced into the art education system in 1959, also became an independent specialty for artists from the Escuela Nacional de Arte (National Arts School), founded in the same year as the Taller Experimental de Gráfica. The alumni of Escuela Nacional de Arte quickly started using this open platform as a space for creating, learning and teaching printing techniques. With an expansion of the number of members and moving into a larger space in the 1990s, the Taller became a hub for all things printmaking, from education to creation and commercialization.

The poster series that is part of our collection was released by the Taller in 2009. Several contemporary artists who do not necessarily have printmaking as their main technique have contributed with their own re-interpretation of classic Cuban film posters. The series incorporates silk screens, lithographs and woodcuts and presents an often regime-critical view of how the posters of those classic movies could look like. Comprised of 35 prints in total, in an edition of 40, the series pays tribute to two art forms that – especially in Cuba – are an open and accessible invitation for reflection and discussion.