SAVE THE FUTURE @ Stiftung Reinbeckhallen

A festival at the interface of art and science

The SAVE THE FUTURE 2021 festival explores the relationship between nature, animals and humans, which is increasingly out of balance, in various cross-media formats on the former industrial site. Together, scientists and artists address the burning issues of our time: Art Meets Science!

From face-to-face encounters with native insects to a virtual QR code exhibition, viewers experience the fascinating facets of biodiversity. And in science contributions around the halls, the chirping synthibirds of techno DJ Dominik Eulberg, with dance and land art performances on the Spreewiesen, we all celebrate nature as the greatest artist of all!

Face to face with the insect – macro photographer Thorben Danke shows his extraordinary portraits of native insects at the Stiftung Reinbeckhallen. The multi-legged protagonists stand directly in front of us, surprising us with their beauty and with unexpected color spectra. Using the technique of focus stacking, in which up to 300 individual shots are combined into one photograph, Thorben Danke achieves an incredible richness of detail and permanently changes our perspective on the insects.

Exhibition hall of the Stiftung Reinbeckhallen

Due to human intervention in nature, countless animals and plants are disappearing from our planet and the Anthropocene is leaving its mark. The QR-Code Parcours To live or not to live or The World Without Us takes visitors into this fragile world of dwindling biodiversity with choreographies by Jan Pusch and augmented reality exhibits. In the cross-media narrative of the richness of nature and the inexorable disappearance of species on our planet, the boundaries between fictional events and real experiences become blurred. While the human visitor inside strolls through the seemingly empty hall, the exhibits, lectures and the richness of species on our planet appear only on their smartphone screens. An empty space made tangible. And in the middle of it: the human species.

The exhibition To live or not to live or The World Without Us requires the download of the augmented reality app 3DQR Plus, which turns your cell phone screen into a stage.
Please bring your smartphone/tablet and headphones and download the app, ideally at home:
Google Play | Apple Store 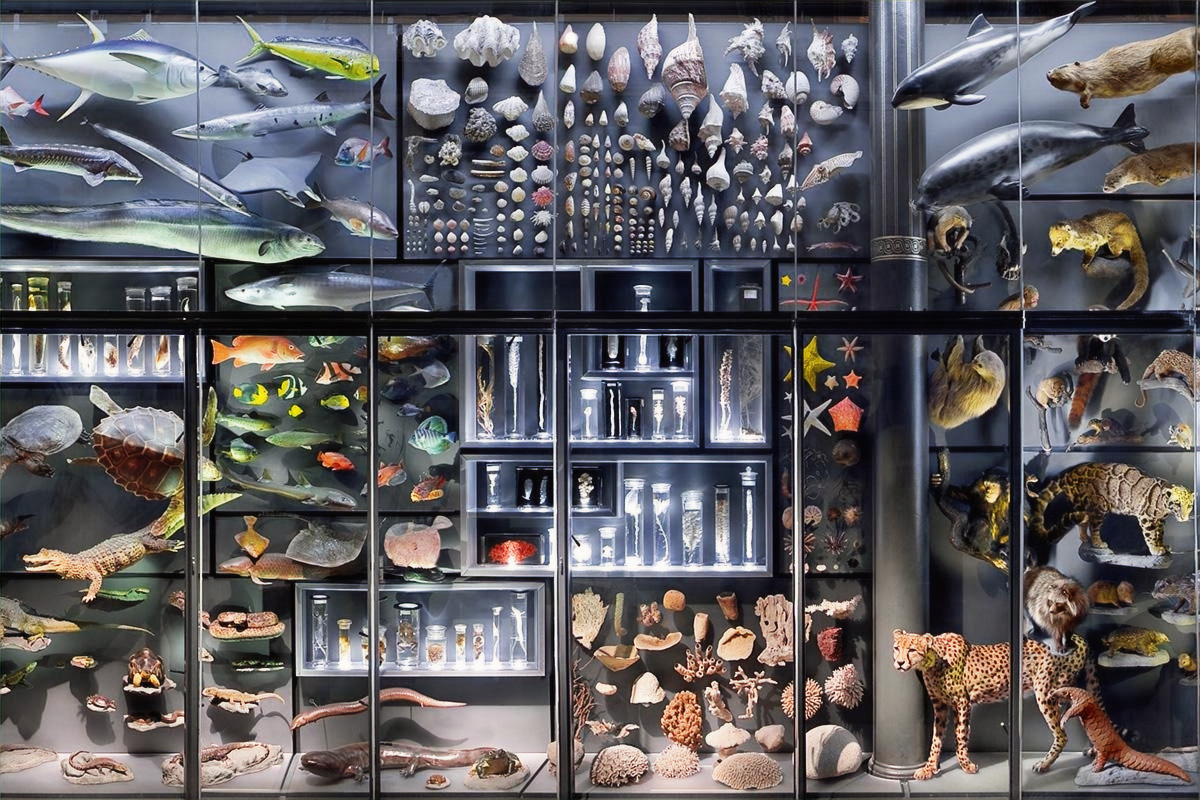 Everybody Counts!
A conversation on the traces of science and art, (citizen)science and biodiversity in the Anthropocene

registration is requested under flubacher@save-the-future.org

The way of life of the human species leaves deep traces in the ecosystem of the earth and is responsible for the fact that day by day countless animals and plants disappear forever. What does this loss mean and how can we succeed in protecting the remaining diversity? What can each individual do? And what role can art play in this?

With Silke Voigt-Heucke (expert for Citizen Science at the Museum für Naturkunde Berlin), Jan Pusch (choreographer), u. a. 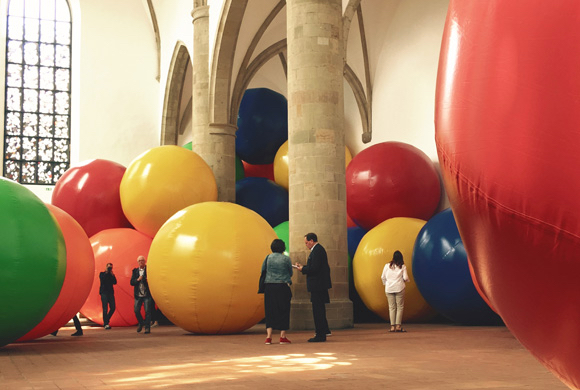 Dozens of oversized balls, each 3 meters in diameter, form the center of the installation Para Social by visual artist Christoph Faulhaber from Hamburg. A colorful entertainment world, made of color, air and plastic, which has long since outgrown us. The ball game, which is only cheerful at first glance, develops into a trial of strength between man and nature and their physical laws.
More information: save-the-future.org/para-social

2043: The poles have melted, sea levels have risen and parts of Europe are flooded. But salvation awaits in the sea… The graphic novel for all ages creates an apocalyptic utopia based on the threatening scenario of our days – and sustainably so.

Exhibition hall and project space of the Stiftung
daily | 2–10pm