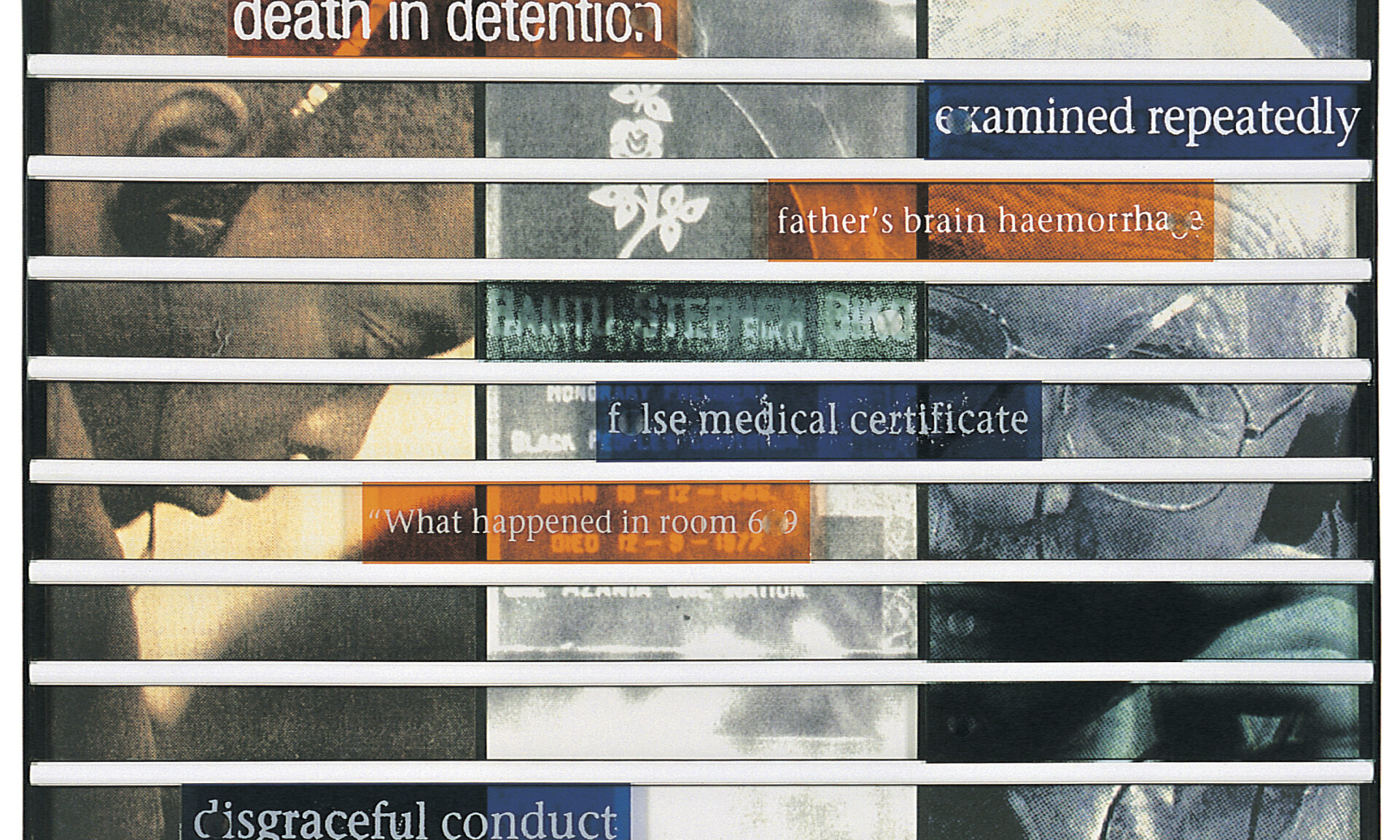 In the mid-1990s, a liminal period that saw the end of apartheid and the advent of democracy in South Africa, Sue Williamson (*1941 in Lichfield, United Kingdom) began to explore the role that the Truth and Reconciliation Commission (TRC), a committee tasked with investigating human rights abuses committed between 1960 and 1994, played in the healing of post-apartheid South Africa. Williamson’s probe, which involved the celebrated artist collecting images and excerpts from the transcripts of individual cases that circulated in newspapers at the time, resulted in the series Truth Games.

Completed in 1998, Truth Games includes twelve interactive works, two of which belong in the collection of the Stiftung Reinbeckhallen. All of these works share particular formal and conceptual qualities: their backgrounds are comprised of three grainy images depicting, from left to right, the accuser, the crime in question, and the defender, and are overlaid and dissected by ten horizontal slats. The latter provide the support for sliding panels that bear phrases from the transcripts and that invite viewers to not only engage directly with the multi-media works and their possible readings by shifting their positions, but to also question whether the testimonies of the TRC were effective in revealing the truth and helping the country to move forward. 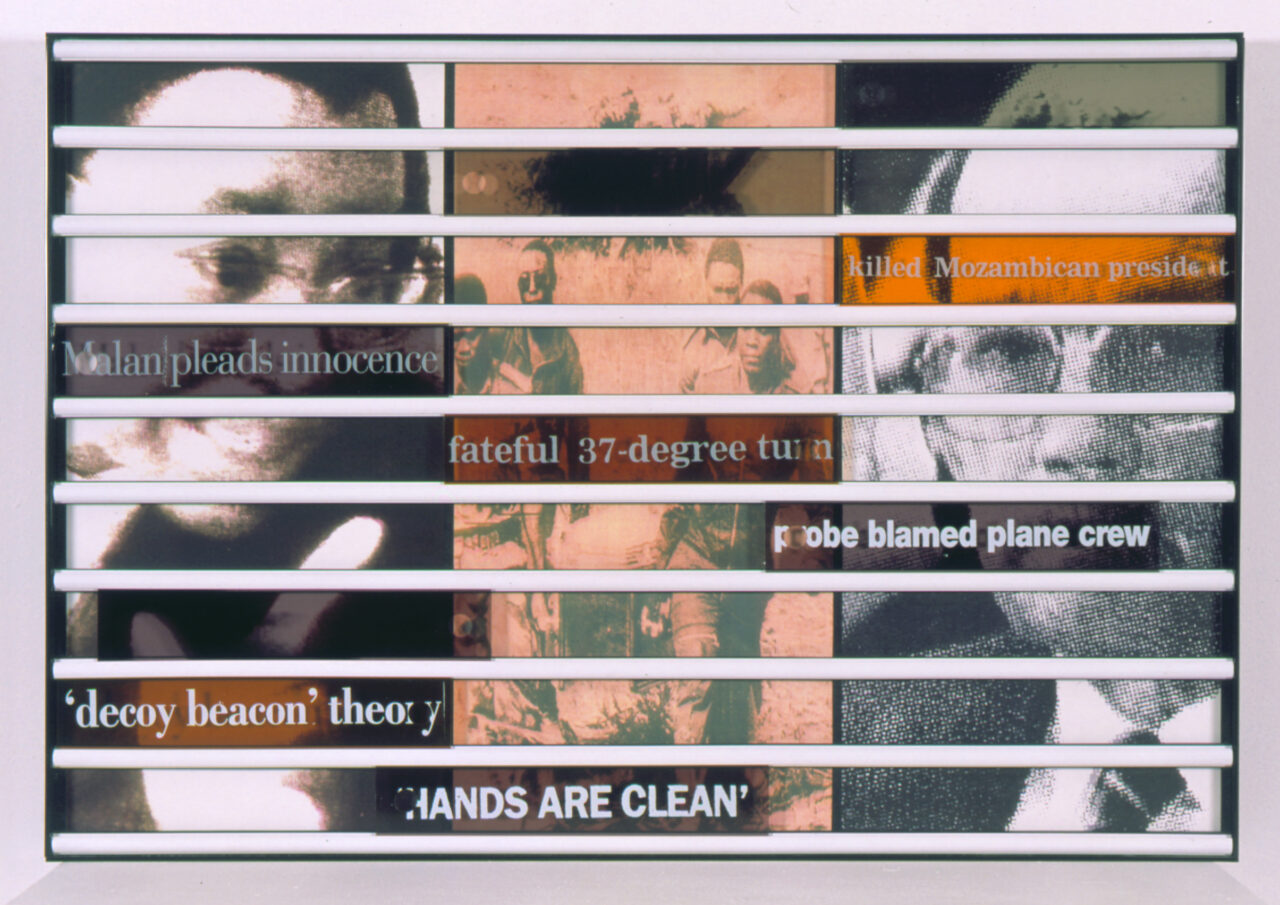 The former work depicts the wife of Machel, Graca Machel, who believed that the plane crash that killed her husband involved the South African Defence Force, and the ex-head of the organization, General Magnus Malan, who denied these claims. The latter work portrays Nkosinathi Biko and Dr. Benjamin Tucker, a man who signed a death certificate stating that Biko’s father had died of natural causes, despite him receiving several deadly blows to the head while in detention. In both works, the center images, the site of the plane crash and the gravestone of Biko, serve as an uncovering and reminder of the atrocities that were carried out during apartheid in South Africa.

Sue Williamson, a British-born artist who emigrated to South Africa with her family in 1948, has been exploring South African society and the various events that have been shaping it since the late 1970s. Her work has been included in numerous solo and group exhibitions around the globe, most recently in All our Mother’s (Goodman Gallery, London, 2022), Global (e) Resistance (Centre Pompidou, 2020-2021) and The Sum of All Parts (Museum of Modern Art, New York, 2020), and belongs in the following collections: the Tate Modern, London; the Victoria & Albert Museum, London; the Centre Pompidou, Paris; the Daimler Collection, Berlin; the Iziko South African National Gallery, Cape Town; and the Johannesburg Art Gallery, Johannesburg, among others.